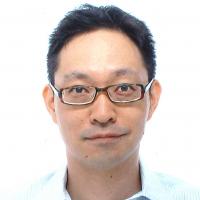 Gen Sato has been in localization since 1999. He started as a translator and then experienced various roles including reviewer, vendor manager and language team manager. For ten years, Gen worked on various projects both for Japanese and foreign clients. He was also involved in special projects such as computer-assisted translation tool training, post-editing, quality assurance for European languages, software user interface localization and style guide creation. In 2009, Gen joined SDL Japan as a sales representative for translation software. He was responsible for the Japanese language service provider market. Gen has also spent a significant amount of time writing blogs and talking at seminars to explain the features of SDL Trados Studio in detail. He became a sales manager in 2016 and a sales director in 2017. Gen is training internal resources and promoting SDL software, trying to expand the localization market in Japan. He is also proactively involved in localization industry events to share his views toward its future.