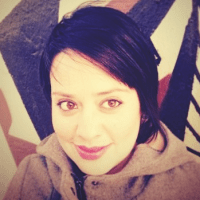 María Fernanda Ramírez graduated in communications with an emphasis in linguistics in Mexico. She started her career as a writer and editor in several literary journals. Eventually, María moved to the UK to study a masters in literature and tranlation at the University of Edinburgh, where her life as a translator began. In 2008, she crossed the Atlantic one more time and ended up in San Francisco where she shifted her path to the world of localization. María has two passions: books and films. The latter combined with her experience as a translator in Silicon Valley, landed her a position at Netflix, where she has worked since 2014. At Netflix, María is the Spanish (LATAM) language manager, leading a team of translators responsible for the localization of Netflix user interface platforms, metadata, marketing assets, public relations and partner marketing materials, surveys and customer service content.