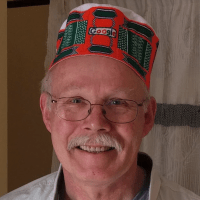 Craig Cornelius has worked in internationalization (I18N) at Google since 2007. He is a member of the I18N libraries team and contributes to open source for Unicode and the Common Locale Data Repository. As part of his work at Google, he has been privileged to work with a number of language communities that are beginning to use their languages and writing systems on the internet with modern computing and mobile platforms. These include Cherokee, Osage and other Native American languages, the writing systems of Myanmar, and Pular/Fulani in the Adlam script. Craig serves on the governing council of the Endangered Languages Project and is a member of the advisory board of the Australian Centre of Excellence for the Dynamics of Language. He is an occasional presenter at IMUG — The International Multilingual User Group. Prior to joining Google, Craig worked in medical research at Stanford University as an engineer and scientist in medical imaging, and was a college professor in the departments of computer science and chemistry at Luther College in Iowa. He holds a PhD in chemistry and an MS in computer science from Stanford University and a BA from Luther College (chemistry and mathematics.) Among other things, he loves science fiction, history, cats and bicycling.